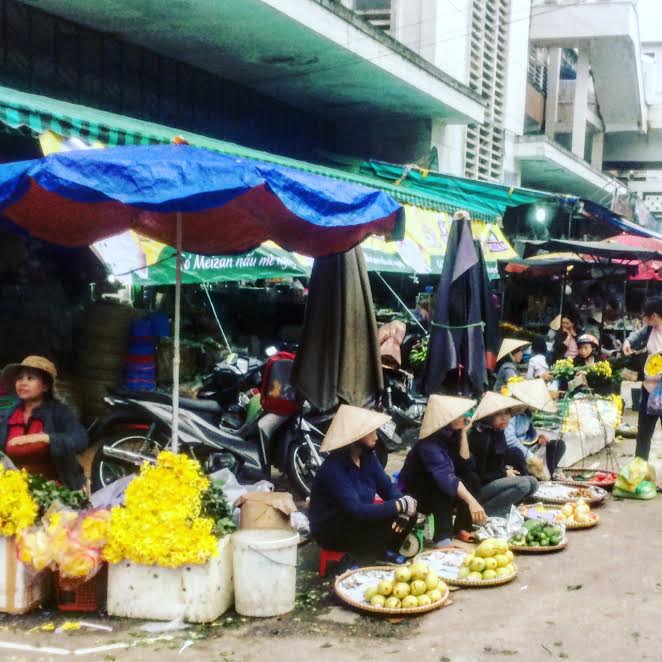 A lot of my friends I have spoken to have asked me to write about the kind of people I meet. My first write-up on this topic is on Vietnamese women. The below has been collated based on my observations as well as observations of my male expat friends.

The Vietnamese purpose of motorbikes mirrors

I always thought that mirrors on vehicles are there so we are able to see what’s going on behind us and to avoid any rear-enders. Not for Vietnamese women. The Vietnamese ladies have found a different use of the mirrors – they are used solely for the application of lipstick or mascara.

Warriors in the past, superwomen in the present

A large number of Vietnamese women served in the Vietnam War. They all were volunteers and true warriors, and to date the women in Vietnam are proud of this fact. I’ve been to the Vietnamese women’s museum in Hanoi that has a section dedicated to female veterans – it’s pretty impressive. The Vietnamese women nowadays resemble a modern prototype of female warriors; they are full time workers, full time mothers and full time housemaids. They are super women. Sometimes I wonder why they bother with men. The Vietnamese ladies seem to be pretty capable of looking after themselves. 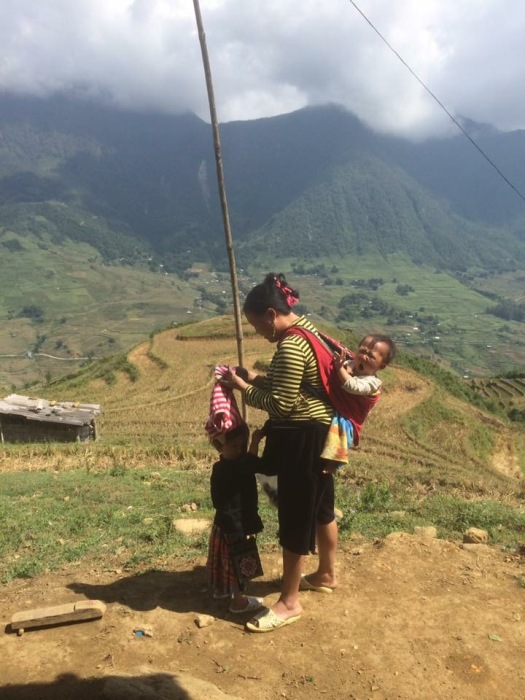 You see tiny Vietnamese women carry enormous boxes of groceries and pull heavy carts with other clutter that they aim to sell at markets. Gotta work those muscles. I also see Vietnamese men on motorbikes on the streets taking naps all day long in the sunshine. Gotta work on the tan!

The celebration of Vietnamese women

The Vietnamese ladies have the entire three days in a year dedicated to celebrating them: the Valentine’s Day, the Women’s Day and the Mother’s Day. Lucky ladies! During these three days, women take priority over other activities of the Vietnamese men (work gets unfinished, the deadlines are not met, drinking with friends and female companions get rescheduled, etc.). The rest of the year the ladies of Vietnam are taken for granted and are often uncared for. 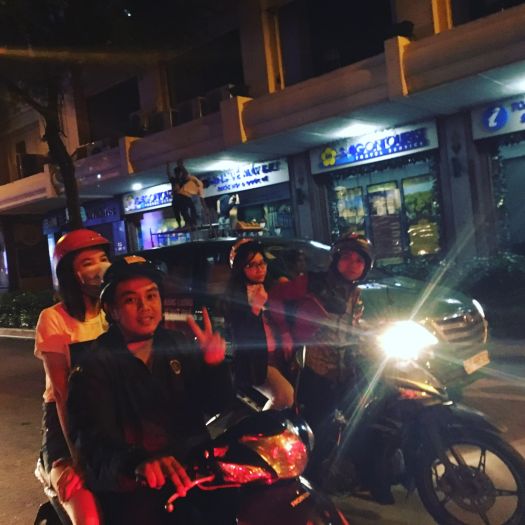 The outside over the inside

The Vietnamese ladies take pride of their appearance and look after their external image accordingly. They keep slim, they moisturise, they get their nails and hair done, they wear fake eyelashes and lot of them have fake boobs (I always wondered how such tiny creatures could have such big boobs – until my male friends told me).  In fact, they spend so much time taking care of their outside that I sometimes feel they do not have any time left for taking care of their inside. The Vietnamese women somehow seem to (due to poor education) or pretend to (due to social expectations) lack personality, opinions, global awareness and general knowledge. From the conversations I’ve had with a lot of male expats, the lack of such traits seems to be desired amongst the male population of Vietnam. If a woman shows a bit of personality or has opinions, she is not attractive for Vietnamese men. I guess birds of a feather flock together.

Umbrellas are for sunny days

Just like the Japanese (or rather because of the Japanese), the Vietnamese women are obsessed with white skin. The whiter, the better. Unlike in the western world, where umbrellas are used exclusively during rainy days, umbrellas in Vietnam are used exclusively during sunny days. In my opinion, the whiter the Vietnamese ladies are, the more ghostly and unhealthy they look. The lack of sun, vitamin D deficiency and weakened immune system mean they are always sick.

Yes to marrying a foreign man

A certain category of ladies of Vietnam are crazy about marrying a foreigner as they associate “foreign” with money and the freedom to travel the world. Now, these Vietnamese females know that it is important to choose their foreign guy wisely. The more desperate, uninteresting and intellectually slow the foreign guy looks, the more chances the Vietnamese girl has to get married to them. A lot of expat men I’ve met are only interested in flings and tend to “date” a number of Vietnamese ladies simultaneously while actually looking for someone who can intellectually stimulate them. Intellectual stimulation with a Vietnamese girl will happen once in a blue moon.

This site uses Akismet to reduce spam. Learn how your comment data is processed.